In Half Moon Bay California lives an aging Cypress tree, old enough to have nubs only, where branches used to be, a tree shaped over the years by the winds coming off the Pacific. My then twenty-something daughter Heather introduced me to this magnificent testimony to age and beauty, to resilience, to a generosity of habitat, but above all, to its mystery. By that very mystery, a person like myself could stand at a distance from this magnificent tree – at one moment utterly appreciative yet separate – and at the next moment, one with the tree as I was once one with all trees, one with all life, the boundaries disappearing between that which we held in common, the tree and I – water, sunlight, stardust, dirt, but even more – the resilience, the generosity, and – although I don’t necessarily attribute this to the Cypress – my own hope and a longing to be at home in this world, with purpose, with compassion, and at peace.

I placed all my weight on the nubs of the fallen branches, climbing the tree like a ladder, and resting without apology or fear on the arms of what had lived and let go before me, three inch stobs I couldn’t know were there until I needed the next one, and mystery again – the mystery of the universe – the next one was always there.

Here’s how it happened; Heather made me climb it. I was, at the time, fifty-three years old, and it probably wasn’t what my orthopedist would have been willing to sign off on. Yet, possessed of a cellular memory of my tree-climbing childhood, and still willing to embrace a challenge, I followed Heather up the tree. 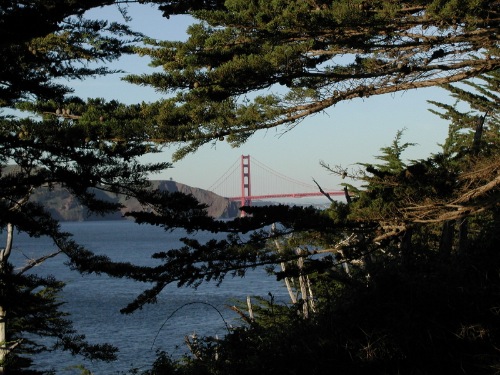 I invite you into restoring the waters, where we have conversations about this journey of life. We strive to find answers and keep putting our ideas into the world. The invitation is community-wide. We keep on writing, keep on protesting, and keep on participating in changing our world for the better. Whatever ways you are able to participate, the invitation is to keep on striving forward. We're all in, the human and more than human community. We all need each other, we breath, eat, drink on another and live by one another's come join us on this magnificent journey!

Suddenly there was no Heather; she had disappeared into the uppermost boughs of the Cypress, and try as I might, I could see absolutely no way through. Suddenly I knew, without doubt, I was fifty-three years old and soon to become my orthopedist’s nightmare.

The canopy seemed impenetrable, yet Heather had to be up there somewhere, right? The Cypress was altogether willing to have me, but not willing, apparently, to make things easy. I snaked my way through the branches that formed the crown of the tree, astonished that my own limbs could do the impossible. By the time I had negotiated perhaps six feet of canopy, I felt fear, the kind of fear you know when you can’t see your way forward and you can’t retreat. I kept going.

At one moment the utter density of the Cypress canopy, at the next, the same blue sky above me as the sky I had abandoned when I took that first step. As my head broke through, and then my shoulders and torso, there was Heather, flat on her back, cradled by the branches as though she were in the arms of the universe. She was. I lay down beside her, not believing for a moment, that the branches would hold me as well, but of course, they did.

I had no idea and no concern about time; we were bathed by the wind coming off the ocean, the same wind that lifted single feathers of the hawks and gulls and terns. We stayed until the sentinels of brown pelicans, one group close on the wings of the next, pelicans heading for the rock of their namesake, to roost for the night.

That afternoon and early evening, I knew myself to be of one substance with the universe, distinct yet of one being. This is the foundation for everything I write.