Throughout her lifetime, my mom was a naturalist. She had a way about her with the other-than-human world, and was never more content than when she was in the moose and bear country of Montana. She had been moving rocks, one day, in a portion of the creek that ran through her property, and felt a whisper of breath on the back of her neck. Very slowly she turned her head and found herself literally nose to nose with a curious cow moose. This beautiful creature stayed right there for a while, taking in the scent and sight of what had to have been an odd creature for her, and exhaling her own breath into my mom’s hair. Then she ambled off into the woods.

The experience stayed with my mom for the rest of her life. She told me it had changed her, that the more she reflected on it, the deeper her understanding of herself in relationship to everything around her.

Against that backdrop I welcomed a book recommended to me by a friend. It was the title that caught my attention: How Forests Think ~ Toward an Anthropology Beyond the Human. (Eduardo Kohn) Living in the woods as I do, certainly I would like to know how a forest thinks, particularly the one I inhabit. What an intriguing idea! What I did not know when I ordered the book, is that it would be such an academic undertaking just to read it. That said, I continue to be enchanted.

Not surprisingly, I am doing a fair amount of forehead slapping; of course anthropology is the study of humans, past and present. Anthropo ~ human. Humans (with an occasional primate or two thrown in) are the center of attention. Drawing on the social and biological sciences, as well as other disciplines, anthropology is all about human to human relationships, and solutions to human problems.

The question that pops immediately to mind: is it even possible to understand human interrelationships and to discover solutions to human problems without placing them in the context of the non-human world? I don’t think so. More than 2500 years ago, the Greek philosopher/theologian Xenophanes wrote “Men always makes gods in their own image,” and, to bolster his point, “if horses had gods, they would look like horses.” If it can be argued (and it is argued) that the very God who called humans out, separated us and placed us above all other life forms, “chose us” is the God who is made in the human image, then it shouldn’t surprise us that the discipline of anthropology is concerned almost exclusively with human to human relationship. 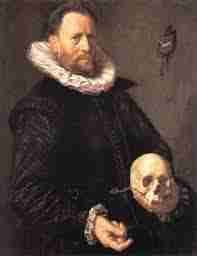 In fact, in the very first pages of his work, Eduardo Kohn lays out a significant problem; another “slap your forehead opportunity”. He writes of the circular nature of anthropological discovery, writing about the confinement of a discipline that “seeks to understand the distinctively human by means of that which is distinctive to humans.” How much (really) will you learn about yourself by looking into a mirror?

Kohn is after a broader exploration, one in which humans study and are studied ~ not just in relation to one another ~ but in relation to the non-human world. His question is simple. How might this broader context of study change ~ in a similar way to my mom being changed by her encounter with a cow moose ~ what it might mean to be human?

In the March/April 2014 issue of Orion magazine, Robert Sullivan, in his article Forest Farewell: An Ode to an Iconic Tree, writes of a visit to a grove of hemlock that is slowly dying because of the infestation of a certain sap-sucking bug. As he and a small group walk into the Harvard Forest in Massachusetts, where the temperature immediately drops a good ten degrees, one woman says, “You can hear it.” Sullivan thinks she is talking about the quiet. In the quiet he hears what he thinks is the sound of a stream of cold rushing water. It isn’t. What he is hearing are thousands of dead hemlock needles falling to the ground in a steady rain. He writes, “I memorize it, lock it in, and carry it home. A forest is leaving, going forever. When I listen to the hemlock’s sad rain, play it over in my head, I feel thicker, like a hemlock, more worn.

Robert Sullivan is changed by this experience, and the measure of this change can only be understood placed in the context of the dying hemlock forest.

I like to think of experiences such as his, and such as my mom’s, as an anthropological sea change. It fits the concept of Eduardo Kohn’s broader anthropological exploration, one which redefines in some measure what it means to be human.