I can’t imagine a better real life drama of the battle between those who dismiss beavers as good-for-nothing rats with wide tails and those who understand the ecological benefits and offer hospitality and protection to them, than the one that lives right in my neighborhood. It’s a battle every bit as enthralling as some of the skirmishes between the Hatfields and McCoys (I know what I am talking about, in that my Great-Grand-Uncle was Devil Anse Hatfield himself.) 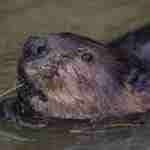 The land to which my husband and I belong abuts a wetland area that is home to geese, otters, turtles, ducks, bear and moose (in the early spring) and . . . beavers. The beavers have built a lodge on which they improve every year, and always build a dam which keeps the wetlands water-filled in the summers – even the dry ones – and teeming with birds, insects, and a wide diversity of frogs. Their wetland chorus extends from summer’s early dawn far into the night, as the peepers finally exhaust themselves with their love competing songs.

Here’s the problem. Those of us on our side of the wetlands love the beavers, and wait in great anticipation for their appearance in the spring. The man whose land abuts the other side of the wetlands is a developer and continues his bid (thus far denied) to fill the wetlands so that he can build; he hates the beavers, (he used to shoot them until he was arrested) and because the dam itself stretches between his property and that of our neighbors to the east, he claims it’s his to destroy, which he does, periodically, sneaking out at night to tear it apart.

In the morning, my wonderful neighbors rebuild it.

Once the men both arrived at the same time, and challenged each other with axes! It took the audacity of a brave, clearly indestructible young woman to leap into the breach and stop the fight.

Here’s the good news. According to a recent New York Times article, beavers are garnering new respect. Referring to them as eco-system engineers, Manuel Valdes writes; “They raise the water table alongside a stream, aiding the growth of trees and plants that stabilize the banks and prevent erosion. They improve fish and wildlife habitat and promote new, rich soil”.

As their dams halt the flow of water away from an area, they create pools of water – pools which cool the water at greater depths and protect species of fish from rising temperatures. Michael M. Pollack, a fish biologist with the National Oceanic and Atmospheric Administration in Seattle, points to these beaver-enhanced pools as “outstanding rearing habitat for juvenile coho salmon.”

There is a bigger picture here; isn’t there always? The story of the awakening respect for the beavers among us is a story that can be told not only across species of all kinds, but across the disciplines human endeavor as well. Everything is connected.

Fritjof Capra, in The Systems View of Life, reminds us that what we call the material world is in fact a network of patterns, inseparable patterns of relationships. This isn’t new news. Nor was it new news when Aldo Leopold offered it, or Henry David Thoreau , or John Muir, who said, “When we try to pick out anything by itself, we find it hitched to everything else in the universe.”

Capra, in the introduction to his new book writes, “Deep Ecology does not separate humans – or anything else – from the natural environment. It sees the world as a network of phenomena that are fundamentally interconnected and interdependent. Ultimately,” he says, “deep ecological awareness is spiritual awareness – spiritual in its deepest essence. 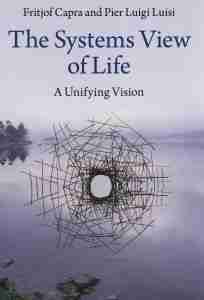 So . . . this post (as so many) begins in the realm of beavers, but it could have begun anywhere – with wolves, insects, trees, herbs; it would still and always move into Capra’s (and others) understanding of deep ecology and its spiritual essence.

Posted in A Sense of Place, Human Privilege and Entitlement, Toward a Deep Ecology