I once thought that my husband Jim and I had bought and therefore owned this beautiful land parcel in Central New Hampshire. But over the years we’ve lived here, the idea that we actually own the land we walk – or any other land, for that matter – has become increasingly untenable. We do not own the land we walk, but we do walk it. I no longer look east to Jerusalem for the Holy Land. The Holy Land lies under my every footfall.

The first years we were here, our walks consisted of traveling the ready-made path from our house to the waters of Tannery Pond and back. Sometimes with dogs, sometimes without. Sometimes with hearts in our throats as the pond ice began its melt, and the resident bear started to wake up, other times with the confidence that our black neighbor had moved further into the mountains for her summer foraging.

One year we carved a second trail, up an over the ridge, where we can look down upon the vernal pools that are home to the spring frogs whose throaty crackling shouts of awakening sometimes sound like someone or something is being tortured. Not the case, of course. I like to think of it as the joy of awakening.

This winter has been an odd one, with very little snow, but enough rain and sleet to create solid paths of ice, treacherous even to me in my crampons, which I keep on my boots from December to April. So the dogs and I have had to find new ways. As we meander off path, I sing this song composed by my friend Alaan Classen, whose lyrics, in part, read: 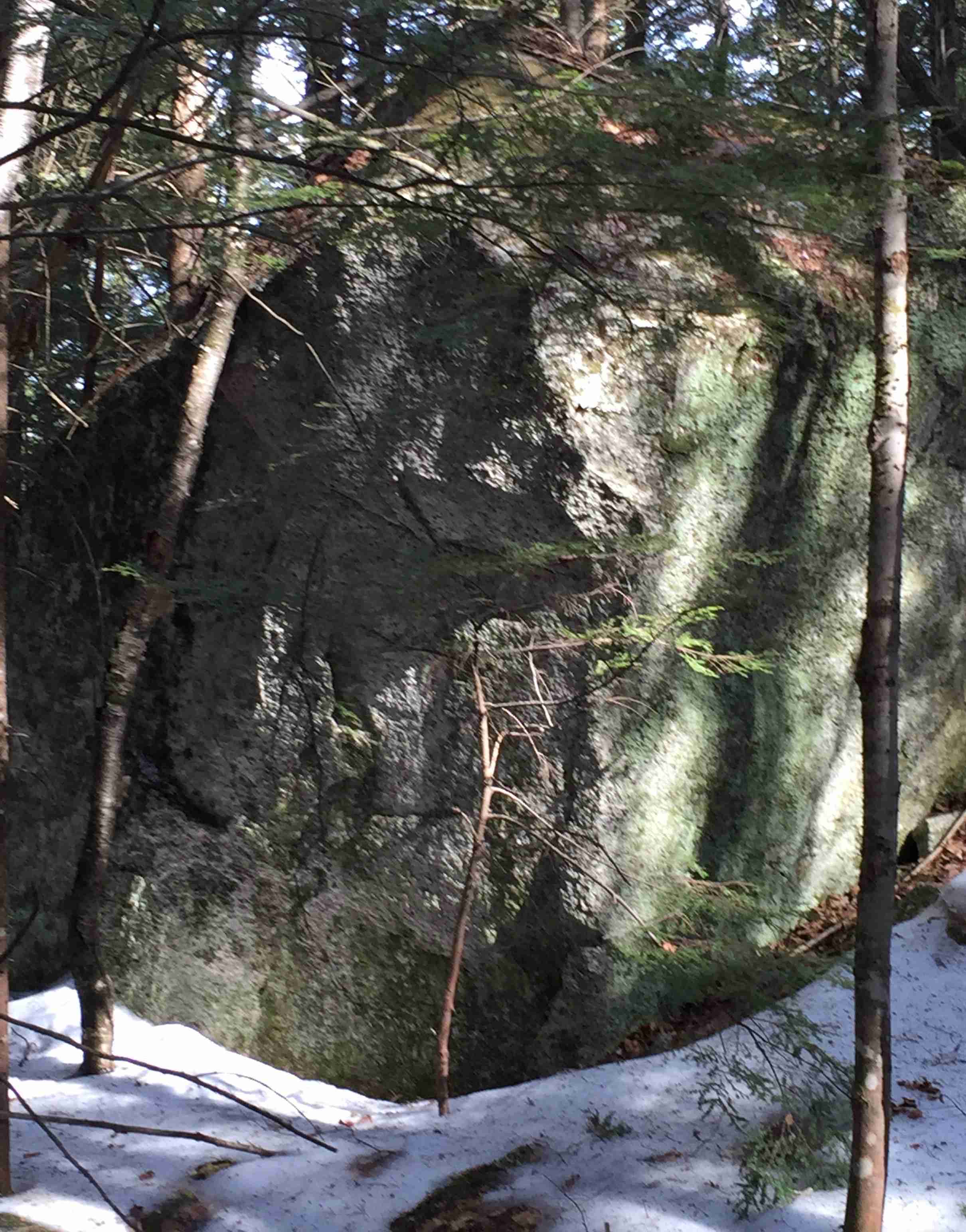 Somehow we will find a way

Where there’s no way, there’s a way.

By wandering where the ice is not, we have begun to form relationship with various trees, rocks, and vernal pools. As I sing, I give them names: 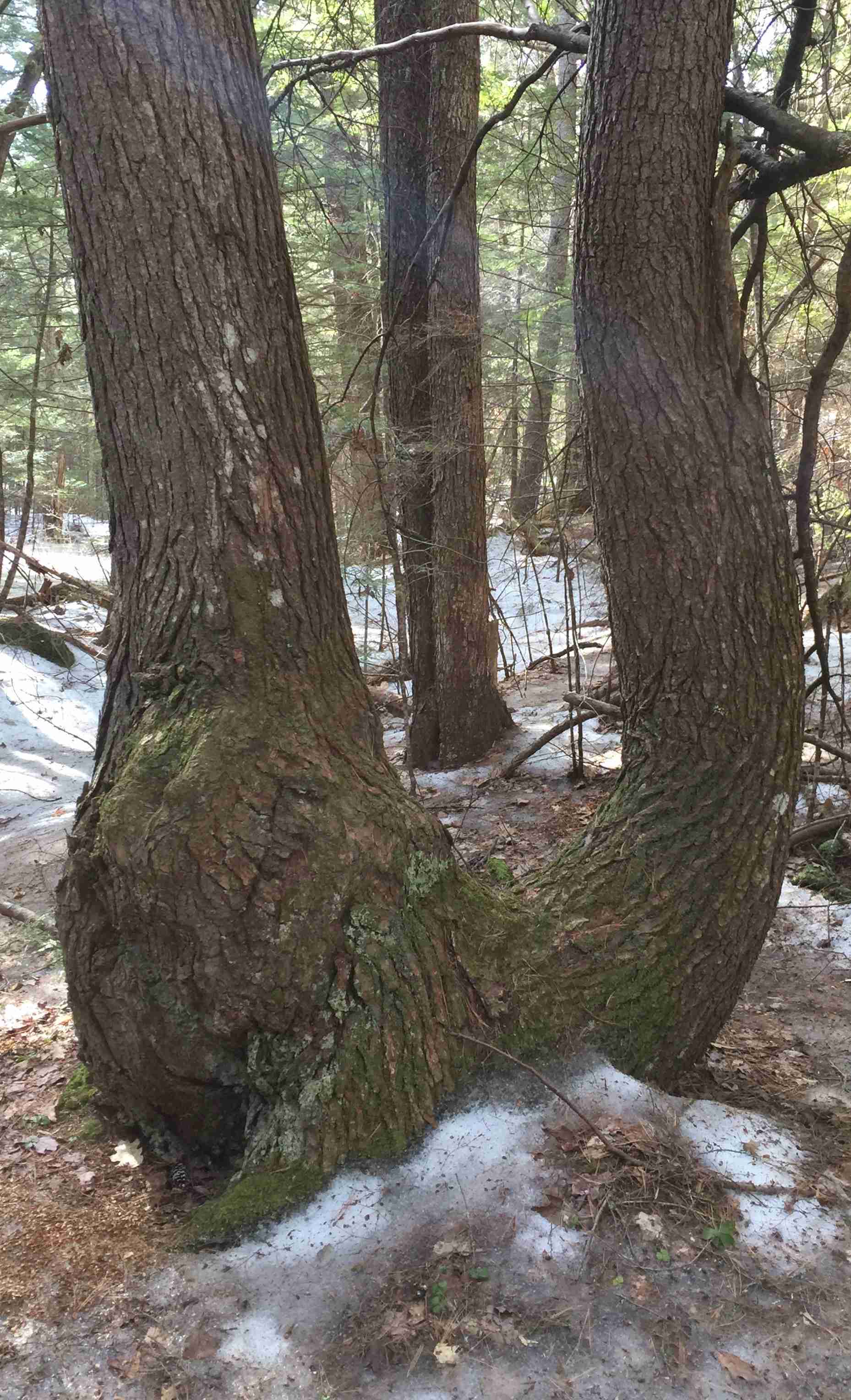 I love to do this, as it connects me deeply – and so much more deeply than in years past – with every part of the land we walk. I like to think the trees, pools, and rocks tolerate with curiosity my need to name them. 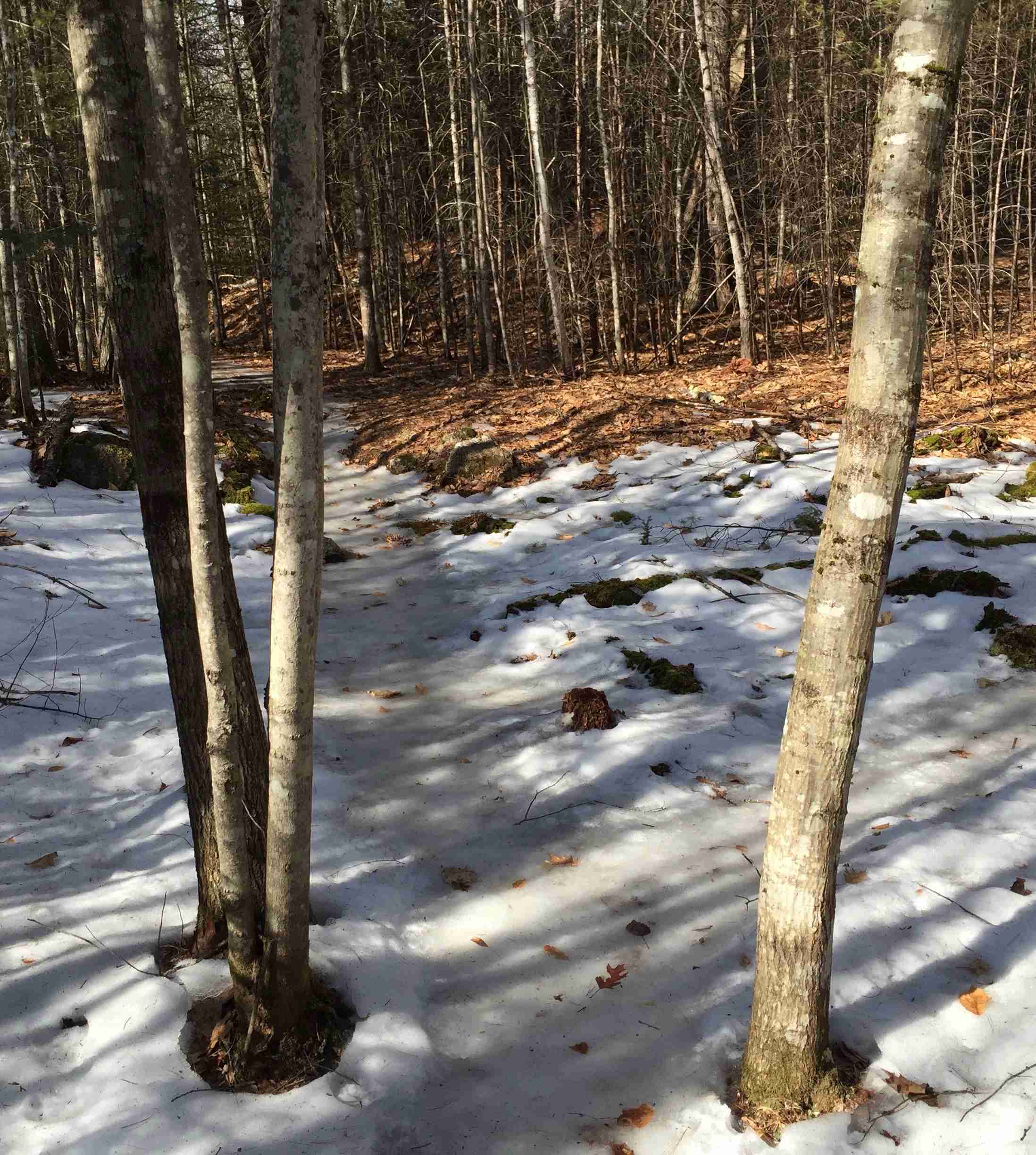 “What’s in a name?” they ask one another. “Why does she feel the need to name us?”

I do know that I am always glad to see them, denizens of the woods who’ve been there far longer than I, especially the granite. The trees were clear-cut a century ago, and I suspect, or at least hope, that my naming them honors their resilience and insistence to rise again.

Does naming matter? I don’t really know, other than the naming brings me closer in, helps me into a state of greater mindfulness. Perhaps – although none of them has yet to admit it – they really enjoy my erstwhile efforts to make connection.

*degaje is the name given to a ballet movement, when one leg disengages with another